How We Help with Anxiety

Snapshot In The Life

For several years now, Emily has occasionally become so overwhelmed by stressful events in her life that she becomes extremely upset, obsessing over relatively small matters for hours, worrying far more than necessary that something terrible and unlikely may happen. Sometimes these present themselves so suddenly that she even has trouble breathing or sleeping. Her parents are concerned, but aren’t sure if this is really a condition or if she’s just overreacting and will eventually grow out of it. 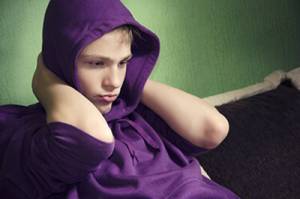 According to a 2015 study, as many as 80% of children with a diagnosable anxiety disorder go untreated. In fact, 10-20% of teens struggle with anxiety. Unfortunately, childhood anxiety is often overlooked because of the belief that the child will eventually “grow out of” this, or that it’s some sort of phase. The truth is, without treatment, anxiety disorders such as Generalized Anxiety Disorder (GAD), Separation Anxiety Disorder (SAD), and other panic disorders will persist, and may even become debilitating in certain aspects of life. Anxiety in youth may present as any or a combination of the following: excessive worry, nervousness, difficulties sleeping, obsessive thoughts or actions (compulsions), physical manifestations such as racing heart or difficulty breathing, unrealistic fears, and/or difficulty separating from parents or caregivers.

These symptoms may range from being shy and withdrawn in social settings to constantly alert and overly emotional.  While it is normal for a youth to experience anxiety on an occasional and perhaps situational basis, ongoing issues that present in multiple settings – such as home and school – may indicate a larger issue requiring professional intervention.  Living with an anxiety disorder can be equated to constantly being on high alert despite no actual danger; youth may respond by disengaging in what were enjoyed activities or making an effort to drown the symptoms with risky behaviors such as illicit drug/alcohol use or sexual promiscuity

How We Can Help

How We Can Help

Family Help & Wellness has several programs which can successfully treat the most common sorts of anxiety disorders, including Generalized Anxiety Disorder (GAD), Separation Anxiety Disorder (SAD), social phobias, school refusal, Agoraphobia and other panic disorders. Our treatment team will work alongside your teen to help them understand their diagnosis, develop skills to manage their anxiety, and ultimately integrate what they’ve learned in real-life application.

Once properly addressed, there is less of a risk that a pediatric anxiety disorder will progress into adulthood.  Students learn to self-regulate, and can manage physical symptoms and effectively utilize their support network to manage their anxiety upon returning home.

Anxiety is defined as a feeling of uneasiness, nervousness, or worry usually about an impending event or something with an unpredictable result. An individual that is suffering from anxiety generally feels threatened and may feel that he/she cannot cope with his/her everyday life situations. Read more

Signs Your Child May Have

When your child is struggling with Anxiety, it’s easy to feel as if no one understands.

We’ve helped hundreds of families make meaningful change, even when nothing else seemed to work. If you’re ready to bring peace to your family, you’ve come to the right place.